“You is Smart, You is Kind, You is Important” 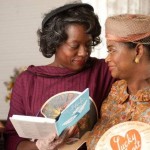 “You is Smart, You is Kind, You is Important” – Kathryn Stockett, The Help

Early on, when I first started this site I wrote a post on the importance of making clients, co-workers and employees feel valued. As I wrote in that piece, there’s actually quite a lot of research to support the idea that making people – whether their customers or employees, feel that they matter ultimately leads to higher customer loyalty and employee retention. The feedback I received from the post was very positive. Many readers responded by saying that they found the information interesting and maybe even a little surprising. For others, particularly the gals in the bunch, I think the notion that building people up and making them feel important pays dividends seemed somewhat obvious. For them, I’m sure it was. I believe this is because many women seem to understand quite naturally how important it is to make someone feel valued. I know I often see it in their relationships with one another and the ways in which they interact with their friends and families.  Here, let me give you a quick example.

Some years ago, during a conversation with a friend who’d become a mom long before I joined the parenting party, the friend mentioned to me that in her view a parent could never tell a child often enough how great they are and how much they’re loved. She went on to explain that she didn’t worry that doing this would cause her children to be cocky or over-confident.  The reason she said was because she knew that the moment her children stepped out her front door and into the world they’d be told by others that they’re not smart enough, fast enough, attractive enough and so on. As a result, she said she wanted them to leave her house fortified by the love and support that they received at home and to feel self-assured enough to be able to look beyond these criticisms.

I remember thinking how wise those words were. I’ve often thought in the years since, that as moms, many women like my friend know intuitively how important it is to make someone feel that they’re talented, that they matter, and that their contributions are valued. These women just “get” how critical all this is to the way we view ourselves. And yet, isn’t it interesting that all too often these same warm, caring, intuitive individuals fail to see the importance of reinforcing these same qualities in themselves? After all, don’t they too need to be built up, to feel that they’re awesome and valued if they’re going to be happy and fulfilled in their own lives? Of course. And to be clear, I’m not writing this to wag a condescending finger at these women. In fact, I must admit that I too have been guilty of occasionally doing a pretty sucky job in this department, – which is why I thought it might be worth writing about and, sharing a couple thoughts on how I believe we can fix that sh*t. Starting today.

Of course, I should mention up front that it isn’t lost on me that the quickest, easiest way to address this issue would be for our loved ones to step up and, without provocation, tell us how totally flipping amazing we are before we walk out the door each day, but in the absence of that (and because most of us live in the real world and not some sappy Hallmark Channel Original Series fantasy world) we probably need to have a “Plan B” for pulling ourselves up by the bootstraps and giving ourselves the boost we need. So here’s mine.

At the end of the day I believe it’s all about self-respect. We need to treat ourselves with respect before we can expect others to do the same! We need to think of ourselves as important, as talented and valued. In other words, we need to do the kinds of things for ourselves that we’re so good at doing for our children and the other important people in our lives.

So, maybe we should start by reminding ourselves how great we are! But first, we’ve got to remove all those negative thoughts and self-criticisms that have a way of slowly seeping into our daily consciousness. You know the ones I’m talking about. – That little voice inside our head that torments us about our physical shortcomings, or the laundry we forgot to do the day before, or that we’re not as perfect as CBS This Morning’s Norah O’Donnell at juggling career, parenting and perkiness (not that I’m projecting or anything). Then once we’ve exorcised these negative, self-defeating thoughts we’ve got to replace them with positive affirmations. So, – each and every day, (maybe while we’re brushing our teeth, or drinking our morning coffee) we need to look in the mirror and say, “T.G.I.F. ..Thank God I’m Fabulous.” Really. I mean it.  Make it a mantra. You see, if we hear it every day, multiple times a day, we’ll start to internalize it. (The same way our kids internalize all those positive affirmations we give them.) So just do it. We owe it to ourselves. We’re worth it!

And speaking of worth, we’ve also got to make sure we’re truly “valuing” ourselves – regardless of our job title.  As a society we have a tendency to tie self worth to income and job prestige. This is a problem on lots of levels but for the purposes of this conversation, it’s a self-worth killer!  Here’s what I mean. When asked, “What do you do?” have you ever responded by saying, “ well, I’m just a… “ If so, stop. Right now. ‘Cause here’s the thing, you’re not “just” anything! The “just” part should never be part of the conversation. What you are is a unique, warm, wonderful person who has value and who matters! As Eleanor Roosevelt once said, “no one can make you feel inferior without your permission.” So, don’t let them and don’t devalue yourself by the way you speak about yourself.

Ok, next up we need to make sure that we value our time. If we don’t have respect for our time and how we spend it, no one else will. Here’s the thing, the time we spend at anything, whether it’s volunteering, or caring for family, or at our job is time we could be spending doing something else or doing something for ourselves. That time has value. The older I get the more committed I am to the belief that life is too short to waste on people, activities and occupations that don’t fulfill us. If we must spend time on them we ought to do our best to minimize in the short term and make a change in the long term.

And finally, while we’re being all “21st century mindful” in respecting ourselves and our contributions then we have to remember to also set boundaries.  Yep, this means asserting ourselves. Drawing a line in the sand and being able to say “no” to folks who would otherwise totally run roughshod over those boundaries.  And yes, I know that super hard to do and you probably hate that I even suggested it. But here’s the deal, if someone has an issue with being told “no” well it’s their issue. Remember, people pleasers are rarely happy.  We’re responsible for our own happiness and sometimes that means we need to say “no.” And that’s ok. You know why?  Because, “You is important!”