It’s Not That I’m So Smart, it’s Just That I Stay with Problems Longer 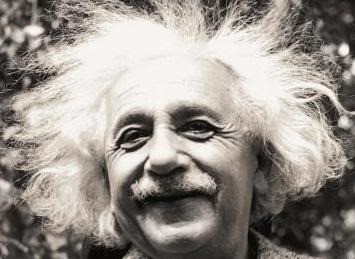 “It’s not that I’m so smart, it’s just that I stay with problems longer.” – Albert Einstein

The genius in this quote is not just that it came from Albert Einstein who we all know is well, an actual genius. For me, it’s real impact is in its simplicity and its ability to divine the essence of what it takes to be successful in anything. That essence is grit.

It took me longer than I’d care to admit to figure that out I’ll have you know. Perhaps like you, I used to think that people who are uber successful are just freaks of nature; that they possess a superior intellect or extraordinary talent that caused them to be discovered and rewarded while the rest of us just toiled away in obscurity.

The reality I now know is that while natural talent can give a person a great head start, they still need to work hard to keep their lead. This is where the rest of us can get back in the race. You see, all too often a person with natural talent is so used to things coming easily to them that they don’t realize that hard work is involved in order to stay on top. By the time they do realize it they may have lost interest, because work is well, just that. This, by the way, is good news for the rest of us. You know why? Because for those of us willing to persevere day in and day out, or as Einstein said “stay with problems longer” we can close the gap and eventually surpass those folks with natural talent who had the early lead.

As I’ve come to realize, life is a marathon not a sprint. You’ve got to pace yourself. Understand that it’s going to take a long time and there are going to be potholes in the road. A lot of other people will get tired and drop out, or hit a pothole and quit the race. But you can’t win if you quit. The successful people -like you- are the ones that brush off their scrapes, plod ahead and keep their eyes on the prize. In the end, chances are the most talented among us won’t be the winner. The one with the most grit will be.

One Simple Sentence With the Power to Change a Person's Life

How To Promote Yourself Without Being a Jerk