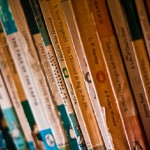 The E-Reading Software That’s Better Than Kindles or iBooks

Want to read books on a screen?

Up to now, two large companies would make that easy for you.

Option #1: Apple’s iBooks system. Chipper and colorful, iBooks is easy to use if you own an iPhone or iPad. In its zeal to convince you that, yes,you are reading a book!, though, it can cartoonishly oversell the reading experience. (Case in point: Apple has patented its page-turning animation.)

Option #2: Amazon’s Kindle devices. The retail giant has both its own line of gray, hardy e-readers and also makes reading software for other platforms, including Apple and Android phones/tablets. It has lots of books to read, but, once purchased, you can only read them on Kindles. Some of its software, too, suffers for its extensibility. At its worst, the Kindle system can feel like Windows 95: closed, hard to leave, and a bit stodgy.

As of this week, though, readers have a new option. Starting immediately, Penguin UK will sell its ebooks on the Readmill system. You can now read the works of best-selling authors—including George Orwell, John LeCarré, and Zadie Smith—on the lesser-known but elegant reading system, Readmill.

To Be The Best Do We Need to Be in the Big Pond?